The BGV Club received the following proposal for the 2022 AGM from Ms Linda Lewis, Seconded by Mrs Linda Skerritt.

That with accompanying information supplied by us, that the full membership be invited to vote on bringing the PBGV Standard for the nose into line with all countries, including the country of origin, and the GBGV Breed Standard. The wording to be amended as follows:

From: “Nose black, large and prominent, with wide nostrils”

To: “Nose large and prominent, with wide nostrils. Black except in white/lemon, white/orange coats where brown is tolerated”

Following some discussion at the meeting, relating to Kennel Club advice, Mrs Vivien Phillips proposed an amendment to the opening paragraph in the subsequent proposal, this was seconded by Mrs Ceri McEwan.

That following consultation with BGV Club members, breeders, exhibitors and owners that the full membership be invited to vote on bringing the PBGV standard for the nose into line with all countries, including the country of origin, and the GBGV Breed standard. The wording to be amended as follows:

From: “Nose black, large and prominent, with wide nostrils”

To: “Nose large and prominent, with wide nostrils. Black except in white/lemon, white/orange coats where brown is tolerated”

The members present voted in favour of the amended proposal and we are now beginning the consultation process prior to a full membership vote.

It is important to be aware that the breed standards are the property and responsibility of the Kennel Club (KC) and that any proposal would have to go through the KC process if the members voted in favour. The advice the BGV Club received from the KC was that consultation should involve collection of information, data, evidence and previous experience from breeders, owners, exhibitors and other interested individuals or groups. The BGV Club believe it is fair that this process is as inclusive as possible so we are offering this opportunity for the views and experiences of all parties to be taken into account. Participation in this process is not restricted to BGV Club members or UK BGV owners. Although this proposal relates to the PBGV Breed Standard it is relevant to highlighted that the GBGV Breed Standard has already has gone through a similar change. We would therefore also invite the opinion and experiences of GBGV owners and breeders following this change. This information will then be collated, reviewed and presented to the members for informed consideration prior to voting.

The information provided by Linda Lewis and Linda Skerritt in support of their proposal is as follows;

The last major update of the PBGV Breed Standard was in July 2010. This followed several years’ work to bring it into line with the Standard of the Country of Origin (France) and as close as possible to that of the GBGV. This, in turn, aimed to help judges appreciate the differences between Petits and Grands.

At a preliminary 2007 Open Meeting of 26 people, discussion took place on each proposed update. This included allowing a lighter colour nose in lighter-coloured PBGVs. One viewpoint against was that following the revised FCI Standard 2001, allowing a lighter nose in l/w, o/w Grands had led to a worsening of nose pigmentation in the breed. The change in nose colour for lighter-coloured PBGVs consequently failed to gain a majority vote.

ynologique Internationale (FCI) PBGV Standard says “Nose: Prominent, well developed; nostrils open, black apart from the white and orange coats where a brown nose is tolerated”. The French word is “marron” (chestnut). This has been translated as brown. The intention is that a lighter nose should be accepted but not pink, nor butterfly.

2. Australia and New Zealand adopted the FCI Standard in 2009.

3. The American Standard (not on FCI but incorporating FCI views on nose colour) says “Nose black and large, with wide nostrils. A somewhat lighter shading is acceptable in lighter colored dogs”.

4. Canada is the only other country which retains black nose. Their brief Standard follows the old UK KC Standard. “Nose should be black, large with wide nostrils”.

5. L/w, o/w exhibits from overseas with a lighter nose colouring are at a disadvantage when exhibited in the UK.

6. Bringing the PBGV nose description in line with that of the GBGV will remove possibility of confusion in the minds of those who judge both breeds and avoid a judge incorrectly penalising a l/w or o/w GBGV for having a lighter nose, where brown is tolerated.

7. Before cessation of interbreeding in France in the 1970s, Petits and Grands stemmed from the same lines. Genetics play a part and it is illogical to have different nose colour in the two breeds.

8. Aligning format of wording in the two Standards as far as possible will help to highlight the more important main differences between these two UK KC recognised breeds.

We would now request that all enquiries and correspondence relating to this process to be sent to bgvstandards@gmail.com. Please remember if responding as a BGV Club member that this is not the platform for voting on the proposal as this will follow the consultation process. You are under no obligation to provide a response if you feel this proposal is not relevant to you. The closing date for submissions is 30th September 2022.

You can provide information by completing an online form using the link below.

Here's the link to the form "Proposed change to PBGV Breed Standard":

Alternatively the form can be printed and send to: 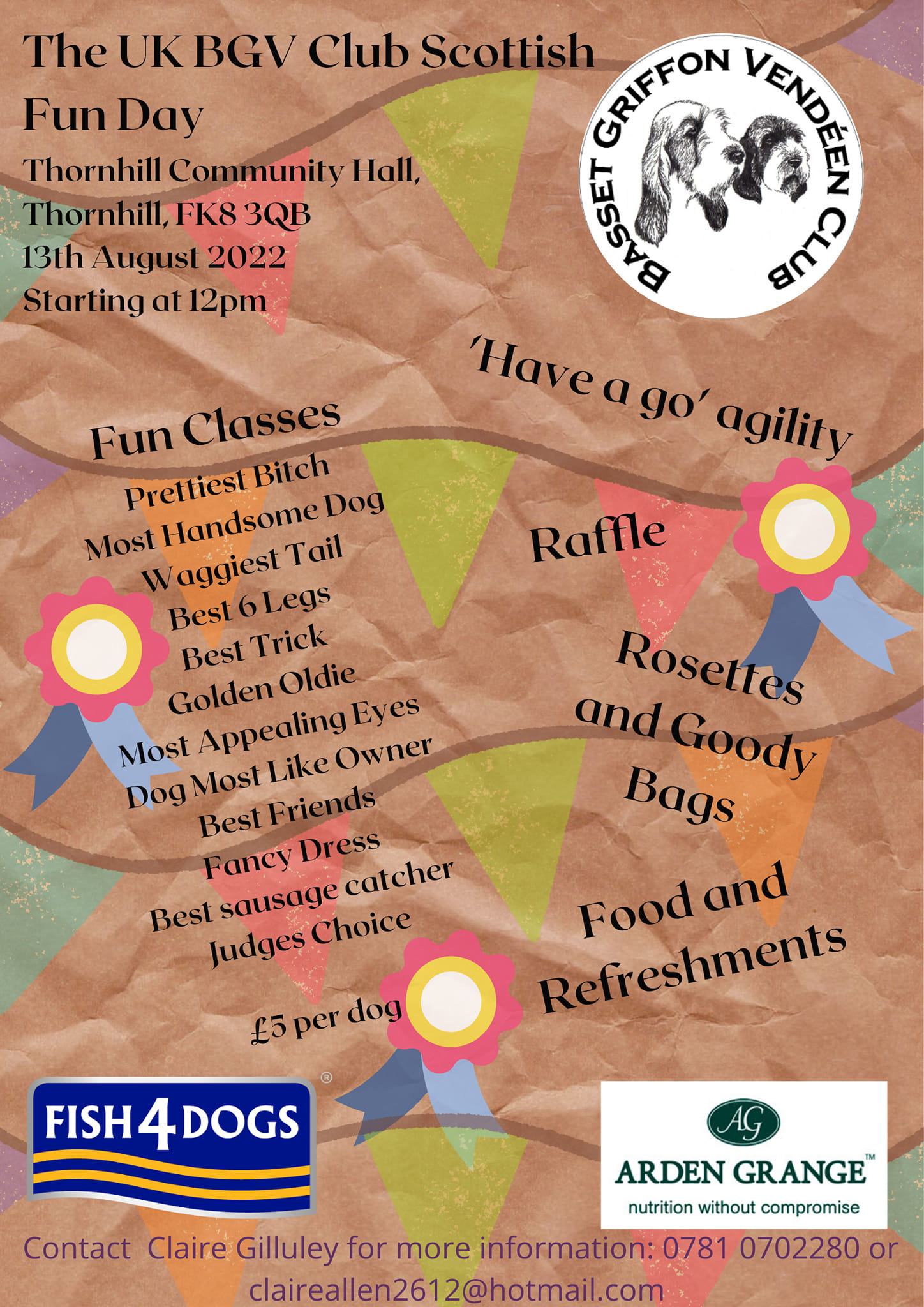